Activity in the footsteps of the king

Even while Bavaria's fairytale king Ludwig II spent the summers as a child at Hohenschwangau Castle, he liked to roam the romantic landscape between lakes and alpine peaks. Holidaymakers today can discover the favorite royal routes around the castles and the neighboring holiday resort of Füssen as hikers or on bicycles. No matter where and how you are on the road – the magnificent view always comes along.

There are hiking trails for every requirement in three altitudes: Cozy lake tours in the gently undulating Alpine foothills. In the middle area tours to promising huts, some of which were once built as hunting lodge of the royal family. There are also plenty of challenges in the summit region of the Ammergau and Allgäu Alps. In addition, Füssen is stage stop on some of the most beautiful southern German and alpine long distance hiking trails. In the three tourist information you can rent hiking poles and backpacks.

Füssen in the Allgäu region offers cycling holidays for everyone: Whether as a hub for long-distance cycle routes in the northern Alpine region, for e-bikers, racing cyclists or leisure cyclists – the offer is diverse. In the landscape that previously seduced King Ludwig II, cycling becomes a royal pleasure. The cycle paths in the Alpine foothills and the many lakes are relatively flat. Some routes are also signposted separately and guarantee easy orientation. Things get a bit sportier when cycling in the mountains. For racing cyclists, some alpine passes are waiting for ambitious cyclists. In Füssen there are several bike rentals.

There are more than ten lakes around Füssen in the Allgäu. The special feature: All are natural baths with purest water, which invites you to swim. Therefore, the holiday at the lake is sure to be a pleasure! The many lakes of the region also make summer dreams of any water sports come true. Whether windsurfing, kitesurfing, sailing, rowboat or pedal boating – here everyone will find a territory without getting into the enclosure. In front of a magnificent mountain panorama, water sports become a special treat. The Forggensee is also an ideal sailing area.

Discover the Allgäu from water! Take a trip on lake Forggensee, Bavaria‘s fifth largest lake. On a boat trip you can enjoy a fantastic panoramic view of the king‘s castle‘s Neuschwanstein and Hohenschwangau, the historical mountain town of Füssen and the surrounding Alpine peaks! 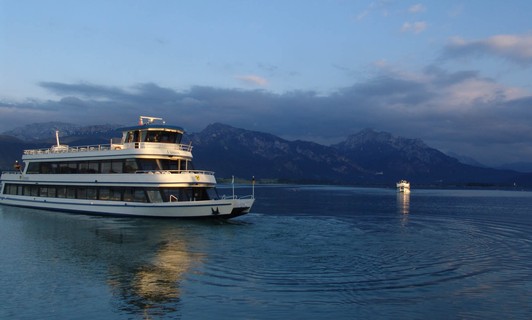 Enjoy the panoramic view of the bavarian alps, the kings castles and the silhouette of the town Füssen from the water.

The Romantic Soul of Bavaria

Pure romanticism in the town next to the castles Neuschwanstein and Hohenschwangau. 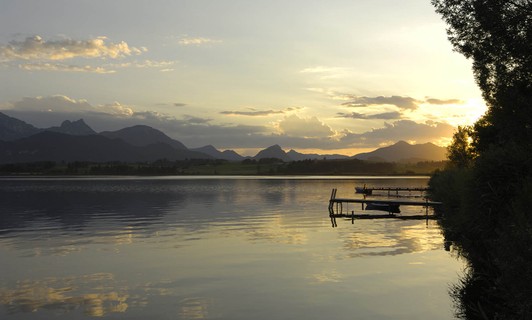 The region offers the best conditions for a relaxing active holiday... 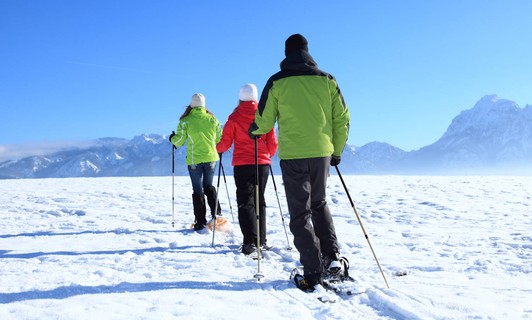 Go skiing, go for a sleigh ride or do ice-skating on the lakes around Füssen.

Füssen in the Bavarian Alps

The town of Füssen is located within a uniquely diverse natural landscape: gentle hills, the wild world of the Alps and the idyllic lake landscape right on the edge of the Alpine range.

The State Gallery in Füssen

In the medieval complex of the High Palace a branch gallery of the Bavarian State Collections of Paintings was set up.

The Museum of Füssen

The museuem hosts one of the finest collections of historical lutes and violins in the magnificently decorated baroque halls.

The old town of Füssen

The medieval city centre of fuessen has a 700-year-old-town.

Füssen is the cradle of European lute and violin making. The history of the town is effected by music and the luthiers in the town.

Germany's most popular tourist route conects on a distance of 285 miles (460 km) Füssen and Würzburg.